Commissioner Tymchuk was originally elected to the Port of Umpqua Commission in 1994.  Keith has a bachelor of arts from the University of Oregon, and earned his Master’s from Oregon State University; he has been a high school educator since 1981.  He was elected and held the office of Mayor of Reedsport for 6 terms.  Keith currently serves on the Board of the Oregon Wave Energy Trust, and is Chairman of the Oregon Regional Economic Solutions Advisory Team.

Commissioner Boe has lived in the Lower Umpqua Area since 1956.  Since high school he has worked on charter boats, commercial fishing vessels and sailed tug boats.  For thirty-three years, he sailed for Crowley Marine Services out of Coos Bay, San Francisco, and Seattle retiring as a Senior Captain in 2014.

Eric currently holds the following Coast Guard Licenses: Master endorsed Able Seaman unlimited and First Class Pilot upon the Umpqua River from Sea to Reedsport, he has also attended Clatsop Community College, Southwestern Oregon Community College and Oregon State University. Commissioner Boe has been a member of the Winchester Bay Rural Fire Protection District since 1985 where he is currently serving as Chairman on the Board of Directors.  He is also a member of the Reedsport Area Lions Club.

Eric shares his family with his wife of forty years, Janet, and their children Madeline Dougherty and her husband Jed as well as his son Philip (deceased).

Commissioner Mulkey grew up locally and graduated from Reedsport High School.  After graduation he started working in the Commercial Fishing Industry.  He is now the owner/operator of Pacific Challenger Fisheries.

Joe is also on the ODFW Advisory Board for Squid and is involved with the Oregon Coast Crab Association.

Joe enjoys hunting, fishing and riding horses with his wife and three children.

Commissioner Jones was originally appointed to the Port of Umpqua Commission in April 2015 and again in August 2021.  Carey has lived in Reedsport since 1988 and retired as a Sergeant from the Reedsport Police Department after serving for 26 years.  He is involved with the Reedsport Boosters Club.  Carey has a ranch on the South Side of Smith River where he raises commercial cattle and bucking bulls. 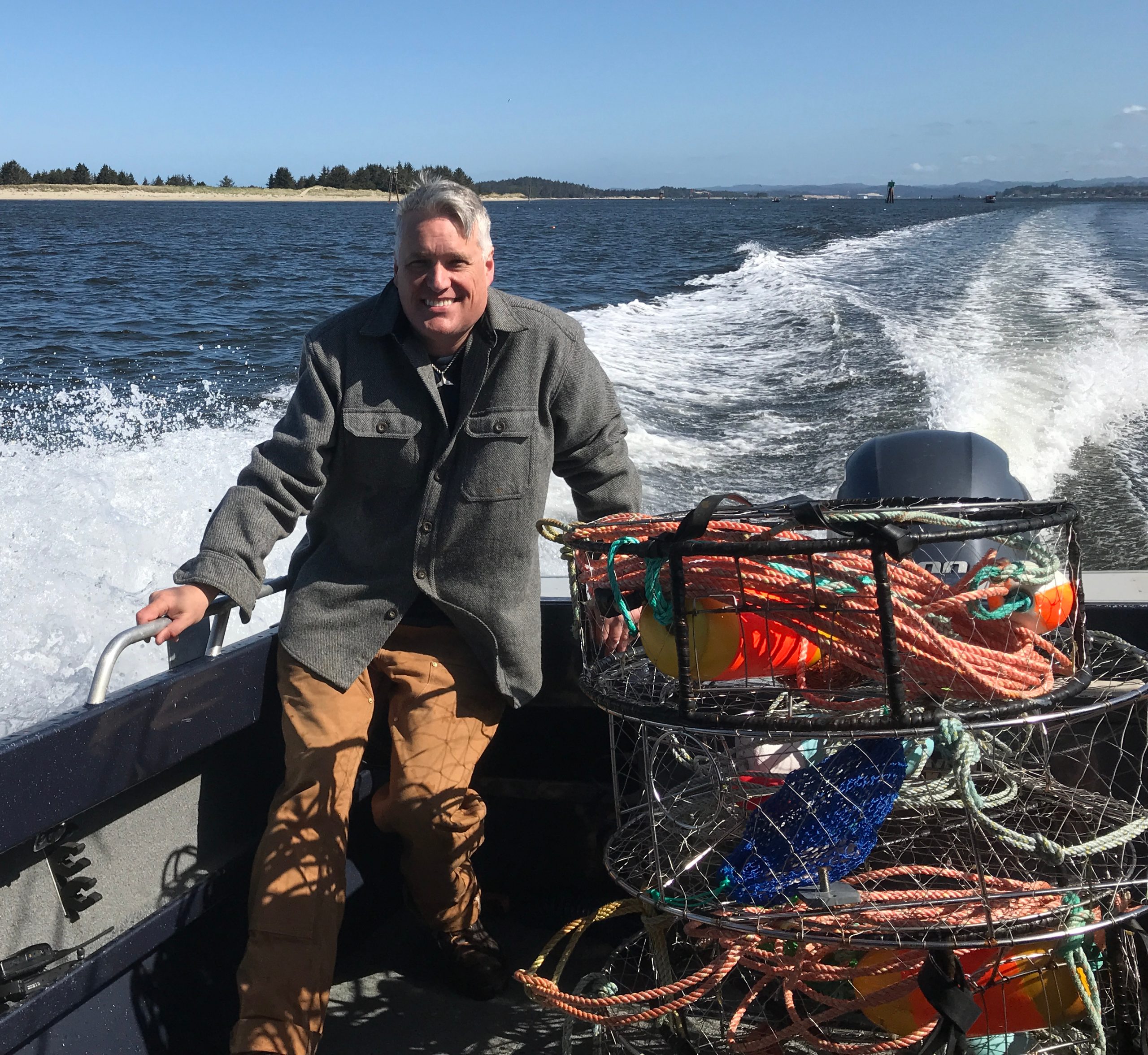 Scott Kent was born and raised in Reedsport, Oregon with a family involved in construction, charter fishing, and education.  Scott is a licensed professional engineer in both civil engineering and naval architecture/marine engineering. He is an Oregon State University graduate having earned the degrees of bachelor of science, master of science, and doctorate in engineering.  Scott was previously a self-employed Residential Engineer, based in Reedsport.  Scott will officially start on Monday April 11, 2022 and will be working to transition into the position with our retiring Port Manager Charmaine Vitek, who will retire after 14 years on June 30, 2022.